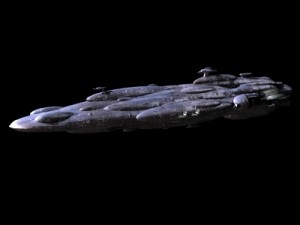 The premier Capital Ship of the Falleen Federation. The MC-80 Home One is a lethal and unique combat vessel,  the sleek transparent surface is covered with battle armor and heavy shielding and fitted with hundreds of weapons into what were observation galleries and sensor stations. The Home One is covered in organic-looking blister pods that cover its surface, which are seemingly distributed in a haphazard pattern. Mon Calamari sensibility and aesthetics however have efficiently placed sensor arrays, recessed weapon batteries and shield generators within these protrusions. This is an unpleasant surprise for anyone foolish enough to attack this ship. 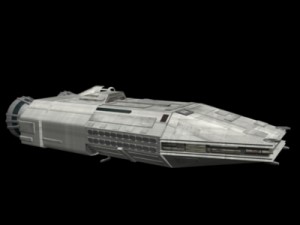 The Federation has a sizable number of Guardian-class Medium Cruisers.  Used primarily as a picket ship in naval formations, the Guardian is best suited for smaller capital ship engagements and system patrol. It is a well-rounded ship and can easily stand on its own against the typical mercenary or pirate vessel. 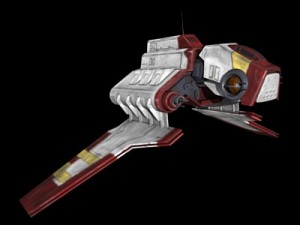 A favorite of the Expeditionary Forces’ Marine Battalion Commanders, the Nu-Class was created to better fulfill an important role on the battlefield: the efficient movement of ground soldiers. It is able to accomplish this by way of its excellent hyper and sublight speed performances, which allow for a quick response time when transporting soldiers to critical areas. This ability paired with other features of the shuttle greatly increased the ground commanders’ tactical options when utilizing a Nu-Class Attack Shuttle.

The shuttle is equipped with four heavy lasers which are primarily used for defense. Superior hull strength and shielding allow the Nu-Class Attack Shuttle to survive damage while traveling to the designated landing zone. The boarding ramp has been placed at the front of the shuttle and is covered within the firing arc of the forward facing laser cannons; this provides additional protection for those entering and exiting the shuttle, a design feature that has saved many soldiers’ lives. 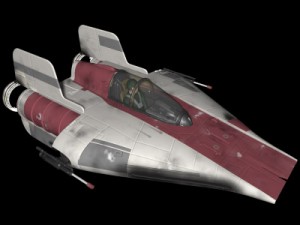 Better known as the A-Wing, this fighter is known for its hit-and-run (or, in the jargon of its pilots, ‘hit-and-hyper’) ability. The A-Wing’s primary characteristic – the incredible speeds its twin ‘Event Horizon’ engines are capable of. Blindingly fast and maneuverable, our skilled starfighter pilots prove time and time again that you cannot kill what you cannot hit. 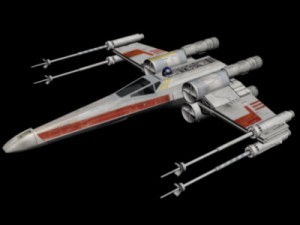 The X-Wing is the most feared Starfighter in the entire galaxy. Descended from the Z-95 Headhunter, the X-Wing is the Falleen Federation Expeditionary Forces’ main all-purpose fighter. Although its main role is to engage enemy capital ships with its proton torpedoes, it can stand up to most any other starfighter with its main armaments of four laser cannons. The fighter contains a deflector shield generator, located near the rear of the craft. Shield projectors in the ship’s wings help to distribute the shield energy evenly around the entire hull. The X-Wing is also equipped with a Bertriak active jammer system. While these jammers are not powerful enough to interfere with capital-scale sensors, they can interfere with guided missile systems and completely jam small fighters with weaker sensors.

The X-Wing has four engines at the back of the fuselage, each mounted with an aerodynamic S-foil. The S-foils on each side could be locked together for increased speed or folded to increase the lasers’ field of fire and improve the ship’s maneuverability. When folded out, the S-foils take up an ‘X’ shape, hence the name of the fighter.