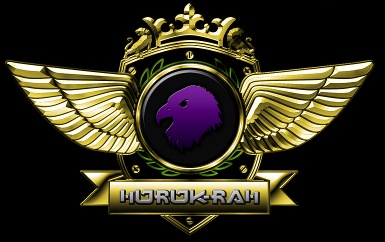 “God will have us remember not only what we will eventually achieve in life, but what we have done in the past. It is with his mandate that we have crept from the ashes and helped lead the Falleen race to power.”– Suhra Fyuorl Huruk-Rah, the Clan Nathran addressing his Clan consul, 25 BF.

Loyal, intelligent, enthusiastic. These are some of the well-known traits of a Huruk-Rah, be it as a soldier, scientist or pilot. Descended directly from the Hyorh’Mah princeship, one of the original ruling families of Falleen, this clan has rebuilt their ancestral home of Jhoust after The Plight. The Huruk-Rah is particularly prejudicial about their bloodlines, finding it difficult to accept new members to the clan who simply don’t have the right genes or particular shade of green skin. Often locking heads with the Eu’maios and Ghera’jh over political control, the Huruk-Rah cannot help but believe that their clan leader is nothing less than complete ruler of all Falleen. Becoming clan leader is incredibly difficult, and requires not only strong support from the elders, but a healthy dose of pure princeship blood. Therefore, clan leadership tends to follow from father to son, until the line is broken and the next strongest bloodline is found. Grudgingly accepting of the shift to Federation-hood, the Huruk-Rah will still jump at any excuse to remind other Falleen of their pedigree and their evident right to the throne. This clan dominates in the city of Jhoust, and with strong economic control there, is able to hold sway political power equal to that of the Eu’maios. Members enjoy a great many benefits from being a part of this clans, and the Falleen government has had to be especially watchful of high level Huruk’s giving privilege to any of their less fortunate clansmen. The Huruk-Rah realize that the Federation has brought the Falleen nation a long way from its days of competing tribes, but they will always remember what might have been had the Huruk-Rah bloodline continued to dominate the planet.