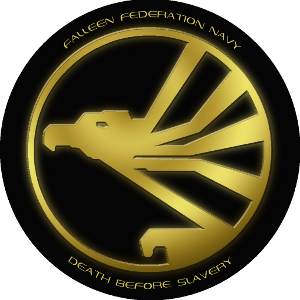 The Expeditionary Forces also operates an extensive support unit that coordinates all logistical affairs. Similar to the retrieval and transport sections found in other ministries, naval logistics hauls the bulk of soldiers and material to various galactic destinations. Whether it is a new warship fresh from a shipyard or a load of resource material destined for a distant battlefield, the men and women of the Expeditionary Forces will get it to where it is going without fail.

The officers and enlisted personnel all take great pride in their work and strive to make the Expeditionary Forces the very best military service available. It is a critical component of the Federation’s operations and the government does everything is can to support the brave souls that crew the first line of defense.

Turmoil, fear, and crime has swept the galaxy like wildfire. Lawlessness and piracy have both become threats  that governments and businesses alike must deal with. The need for safety and security has become paramount as the business of governing and the governing of business requires that fortunes be put on the line in the name of profit and grand prospect. That need must be met and met effectively in order to ensure the proper evolution of society and galactic order. The Expeditionary Forces of the Falleen Federation will stand ready to protect and defend those ends in name of security, justice, and liberty.
– From “Expeditionary Forces Manual p. A-2”